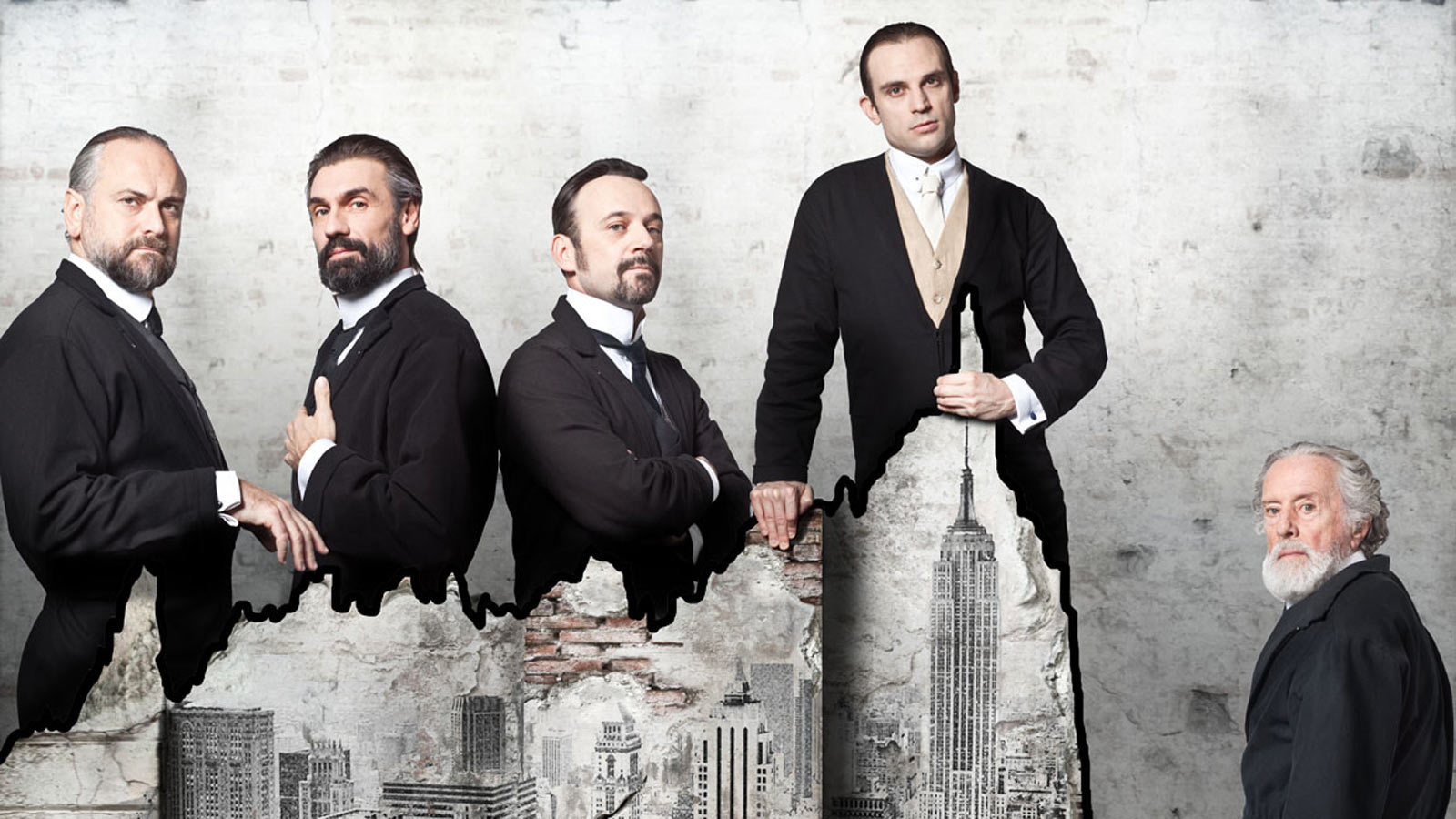 e saga of the Lehman brothers is at the same time an extract of the American Dream: the country which offers everything to anyone who demonstrates talent, inventiveness and self-sacrifice, can, in the blink of an eye, turn fortunes and destinies upside down. The Lehmans risk failure more than once, with the War of Succession, two World Wars, and the 1929 crisis, always managing to pick themselves up. Until the final blow: on 15 September 2008 Lehman Brothers became the biggest bankruptcy in world bank history.

«This piece», underlines Luca Ronconi, «immediately struck me with its variety of linguistic registers: essay, novel, dreamlike tale – they alternate, following the layout of a screenplay. Without once giving in to news-like banal contemporaneity, Massini, like Edward Bond, whose The Company of Men I have staged, does not intend to present audiences with a pre-packaged truth. Rather he leads them through a voyage of knowledge. Lehman Trilogy is of an ‘adult dramaturgy’ which, freeing itself from traditional narrative and all moral examination, gives us a key with which to open a door on the episode. An episode which, whether we like it or not, has deeply influenced the lives of all of us».

Milan, Teatro Grassi
12 – 31 May, 2015
English surtitling by Prescott Studio and Montclair State University, NJ, USA, as part of the project