THE BASSARIDS [1966, 1992]
Music drama by Hans Werner Henze
Libretto by W. H. Auden and Chester Kallman after Euripides’ «The Bacchae» 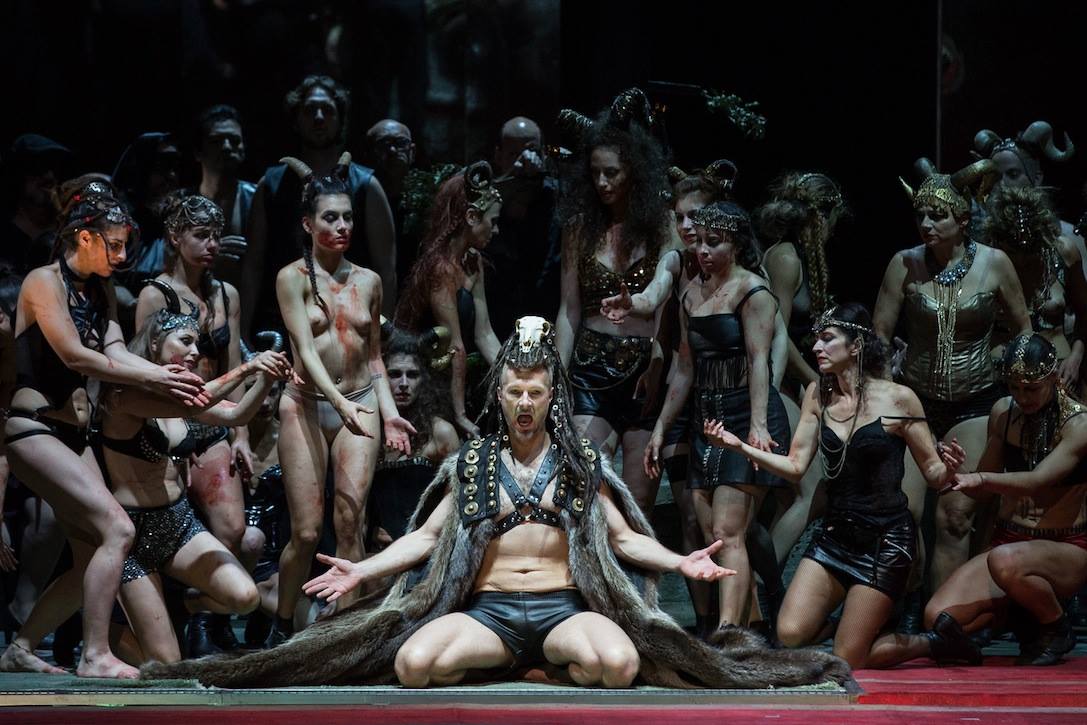 Euripides’ The Bacchae, read anew and presented by two modern poets. The play concerns the dramatic conflict between eros and repression, and the victory of the vindictive god, Dionysus, over his enemy and persecutor, the young monotheistic King Pentheus of Thebes. The music for this drama is in the form of a four movement symphony. The action takes place in the courtyard of the royal palace in Thebes, and on Mount Cytheron.
Hans Werner Henze

The Bassarids, which today I understand to a far greater degree and hold much dearer than when I was composing the work – a hectic and extraordinarily brief period of less than a year, in a form of protest lacking sufficient theoretical basis and in a state of utter loneliness – today I consider this to be my most important music theatre work. It is interesting and modern and still relevant for us and specifically addresses questions associated with the years around 1968: what is freedom and what is bondage? What is repression, what is revolt and what is revolution? This is all in fact displayed, insinuated and suggested by Euripides. The multiplicity and richness of relationships, the tangible sensual relationships between the ancient civilisation of this Archaic period and our time is created in Auden’s text; Euripides is transposed into our time in a manner which could not have been better achieved with the best possible stage production of the original Greek play: through the constant manifestation of the distance to a different civilisation from a time long past.
Hans Werner Henze

Mario Martone and «The Bassarids» – The Eros’ Revenge